Four Out of Five Legacy Banking Firms Could Be Gone By 2030, Analysts Warn

Our CEO, Eugene Danikis comments on a recent Financial Brand story on the future of legacy banks: Four Out of Five Legacy Banking Firms Could Be Gone By 2030, Analysts Warn.

The story quotes Jo Ann Barefoot as saying: “That’s the nature of the change underway in finance: It’s evolving slowly in plain sight, but has entered into an exponential, ‘hockey-stick’ acceleration driven by the exponential growth of technology in all sectors.”

In general, I agree with the assessment that Gartner’s projection is “directionally correct,” but is too severe — the real world won't be so black and white. If perhaps the caveat was "four of five legacy banks would be unrecognizably different in 2030" that would be something I could subscribe to. After all, dinosaurs aren't really gone. They're just birds..."

04 Our CEO comments on a Financial Brand story on the future of legacy banks. 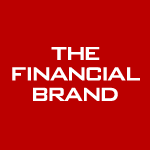