American Bankers are Looking for Alternatives to the Core System Oligarchy

“The core suppliers provide a lot of technology but they are not really tech companies, they are not providing the tech that small and mid-sized banks need." - Said  Aaron Silva, a banking tech consultant and CEO of Paladin fs.

A lot of American bankers have a healthy dislike for their core system vendors.

In the U.S. big traditional vendors control 85% of the core IT services in the financial industry. They have bought banking tech vendors and acquired some specialist companies in the fintech space but this does not make them innovative.

The American banking market continues to experience some consolidation. The FT in May said M&A activity “among small and mid-sized banks — some 5,607 of them, at the last count” was growing after a lull during the global financial crisis. Consolidation is partly driven by the costs of compliance. Sarah Grotta, Director, Debit and Alternative Products Advisory Service at Mercator Advisory Group said that the move to faster payments over the next several years will add more cost and encourage more mergers.

When banks merge, one core banking licence is going to be terminated, even if not immediately, usually triggering a penalty such as paying for the remainder of the contract and returning any discounts offered at the beginning. Long contracts can make a bank a less desirable target for an acquisition.

If a core vendor lags in developing new features, such as mobile banking, a bank has little recourse. In a time of rapid technological change, banking system vendors often lag in at least one area, but banks are stuck.

“The core suppliers provide a lot of technology but they are not really tech companies,” said Aaron Silva, a banking tech consultant and CEO of Paladin fs. “They are not providing the tech that small and mid-sized banks need. But in this last year VC-backed fintech companies are swarming and offering mobile, AI, loan origination systems and robots. But when the banks go to acquire that tech, they can’t get from the big traditional vendors, they find their contracts have artificial and economic barriers that prevent the banks from accessing competitive technology.”

For banks, core systems are their second largest expense, after payroll, Silva said. For small credit unions, the software can be a bigger expense than payroll, according to an article in Bloomberg Businessweek.

Some bank system vendors are promoting more openness and even creating marketplaces for independent software vendors to offer their add-on banking software solutions.

The question, of course, will be how open and flexible these platforms really are.

Banks want agile, well-designed systems that are easy for users to understand so they don’t require long training time — systems that look like the best consumer software. They want ease of integration, along with contracts that support the potential for change, so if one mobile app from one provider falls behind, the bank can easily swap the lagging app for better mobile functionality — with minimal commitment of IT and legal resources.

Learn more about the future of banking services and the role of composable architectures replacing legacy core systems.

Taking a Leap in Banking Technology 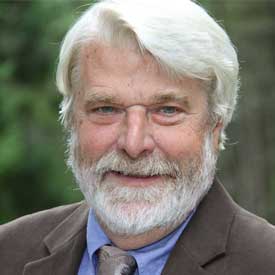